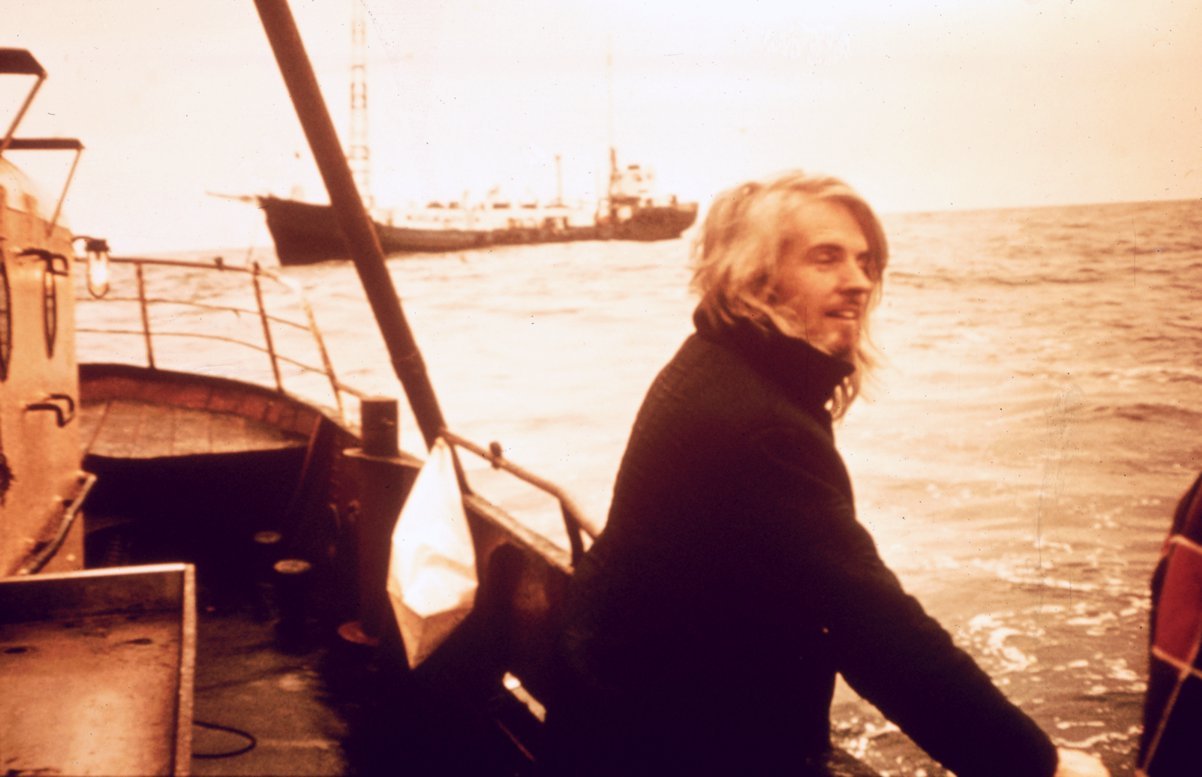 Ronan O’Rahilly: ‘Licensed’ Radio Caroline ? NO and definitely NO!!

Throughout the years, while fighting for Radio Caroline’s freedom, its founder Ronan O’Rahilly has always had the same position regarding a possible ‘licensed’ Radio Caroline.

NO, NO, NO and definitely NO:

“The very idea of broadcasting with a license turned my stomach”

His position has always been the same during his lifetime battle for a free station at sea. Freedom is key.

“Caroline has come to symbolise a battle for individual freedom. We are probably the last institution on the planet that is absolutely free”

What is done at sea can’t be copied or reproduced on land.The spirit of freedom is in the blood of Radio Caroline and Radio Caroline can’t be under the control of governments.

“You can’t create or institutionalise Radio Caroline.You can’t lay down some Government’s legislation to make a nice sanitised Caroline on land. You can’t do it”

Even though some people don’t care about Ronan O’Rahilly’s request and use the famous name Radio Caroline without any agreement from its founder, others are still loyal:

“I was so very sad to see him marginalized from his own radio station when it got ‘taken over’. His requests for Caroline’s future were ignored. It went on without him, after all the decades of blood sweat and tears he put into Caroline. It’s a very sad ending for such a great inspirational man”
Neil Gates, last dj heard on Radio Caroline. November 5, 1990.

It’s time to respect Ronan O’Rahilly’s request. It’s time for a new and free Radio Caroline.
The legend lives on…