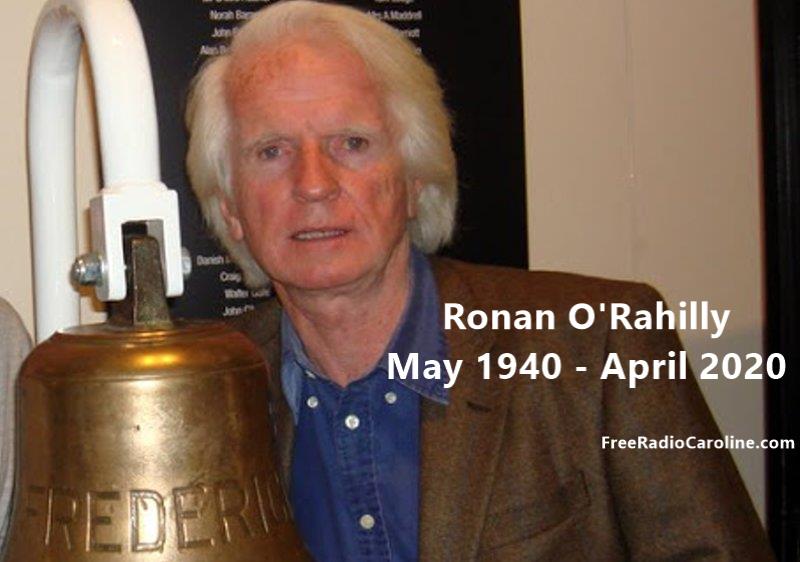 Irish Examiner : A legend of pop music industry – The late Ronan O’Rahilly
What Irish individual has had the greatest influence on popular music in Britain and Ireland over the past 50 years?

The answer is Ronan O’Rahilly, a name that is probably not familiar to many of his fellow countrymen and women. 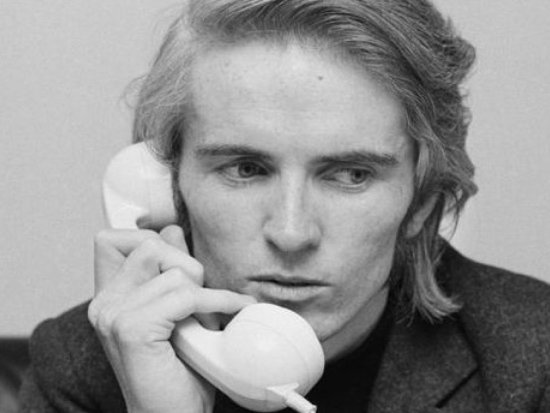 It was he who founded the notorious/famous Radio Caroline that popularised pop music on British radio initially, later influencing the biggest change in direction for RTÉ since it first came on air.

He died this week, aged 79, leaving a unique legacy in the music industry.

Part of the swinging London scene of the 1960s, O’Rahilly circumvented radio licencing laws by acquiring a former Danish passenger ferry, anchoring it in the North Sea off Felixstowe, and broadcasting from there.

The result: Millions of youngsters in Britain and Ireland, and further afield, tuned in. Radio Caroline and the ship on which it was based made waves in more ways than one.

In the UK, the BBC went from broadcasting two miserly hours of pop music a week to the creation of Radio 1 in 1967.

The waves that O’Rahilly started took longer to reach our shores but finally landed in 1979 with the creation of RTÉ Radio 2, marking a sea change in the broadcast of pop music here.

We salute a legend of the pop music industry.

The Guardian : Ronan O’Rahilly, pirate radio’s godfather made a sea change in British pop
By championing bands ignored by the establishment, the founder of Radio Caroline paved the way for the pirate DJs of soul, acid house and grime
Ronan O’Rahilly, who has died aged 79 after suffering from dementia, was the Irish maverick who took on the British political and broadcasting establishments by launching the UK’s first offshore pirate station, Radio Caroline, on Easter Sunday 1964. 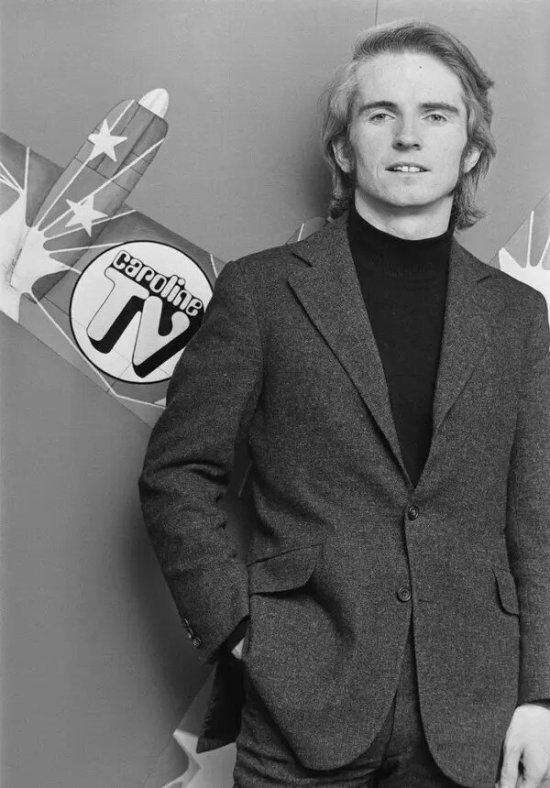 The swinging 60s were under way, but the BBC, which had a monopoly on radio broadcasting, played few pop records on its Light Programme (the forerunner of Radio 2), so Radio Luxembourg – with its powerful transmitter beaming programmes across Europe – was the sole refuge for those seeking the revolutionary new music. Also, the BBC played singles only by established artists, while a handful of record companies had a stranglehold on Radio Luxembourg airplay.

So, influenced by offshore stations in Scandinavia and the Netherlands, O’Rahilly decided to launch Radio Caroline outside British territorial waters off the coast of Essex to beam its broadcasts to the mainland.

Although he later said his name for the station was influenced by seeing a picture of President John F Kennedy’s daughter, Caroline, on the cover of Life magazine, friends said it came from his then girlfriend, Caroline Maudling, who wrote a Travelling Teenager column in the Daily Mail and was the daughter of the Conservative chancellor of the exchequer, Reginald Maudling.

At a port owned by his father in Greenore, County Louth, O’Rahilly had a former Danish passenger ferry, the MV Fredericia, fitted with studios, transmitters and a 180ft-high mast.

From the station’s opening with the Rolling Stones single Not Fade Away, Caroline captured the spirit of the age, becoming a musical and cultural phenomenon, with other pirates such as Radio Atlanta, Radio London and Radio City following.

Ultimately, its success led to the BBC’s launch in 1967 of Radio 1, Britain’s first legal pop music station, which became a natural home to some of those DJs who had served their apprenticeship with O’Rahilly in gale-force winds in the North Sea – including Tony Blackburn, Johnnie Walker, Simon Dee, Dave Lee Travis and Emperor Rosko.

The 1967 Marine Broadcasting Offences Act made it illegal for British citizens to be associated with Caroline. It continued to broadcast, but its influence diminished further after the launch of commercial radio stations in the 1970s, despite O’Rahilly rebranding it as a showcase for album tracks.

After going through five different ships – one of them sank – and being supported by benefactors such as George Harrison, the station closed in 1991 when the final vessel, the Ross Revenge, was shipwrecked.

Seven years later, the station was revived from land-based studios with satellite transmissions, then online, before being awarded a community radio licence by Ofcom, covering Suffolk and north Essex, in 2017 – finally making it part of the broadcasting establishment.

The New York Times : Ronan O’Rahilly, Pioneer of Pirate Radio, Is Dead at 79
He said he was in the “why-not” business. And his Radio Caroline became the soundtrack of British and European youth in the 1960s. 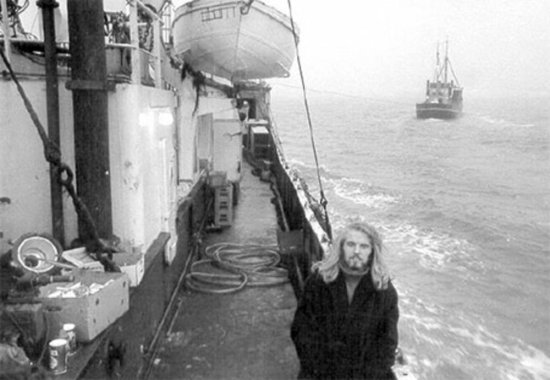 The Washington Post : Ronan O’Rahilly, rebel rock broadcaster
In 1964, the young and rebellious Irish go-getter entrepreneur Ronan O’Rahilly, along with his corps of DJs, started beaming Bob Dylan, the Rolling Stones — and other artists spurned as “a menace” by the staid BBC radio monopoly of the time — from a converted 700-ton ferry off the east coast of England, just outside British territorial waters.

Unlicensed and uncensored, Mr. O’Rahilly’s Radio Caroline was the nation’s first pirate radio station and became the heartbeat of British youths. It broadcast into the wee hours, attracting hundreds of thousands of teenage postwar boom babies who listened in from a transistor radio tucked under their pillow while their parents were listening — perhaps on their downstairs box — to Frank Sinatra and Perry Como on the BBC.

The Independent : The founder of Radio Caroline created a pirate station synonymous with the swinging 60s
Recognising that there was an untapped underground music scene ignored by mainstream radio, he made the audacious move to launch a ship equipped with powerful transmitters to broadcast pop music to Britain from international waters.

A larger than life character, O’Rahilly was born in Greenore, County Lough in the Republic of Ireland. He ran the Scene Club from scruffy basement premises in Ham Yard off Great Windmill Street in London, which became the hub of the burgeoning Mod culture of the early 60s. Regular performers at the Scene included Georgie Fame & The Blue Flames, Alexis Korner, Chris Farlowe & The Thunderbirds, the Rolling Stones and the High Numbers who, under the guidance of Peter Meaden were transformed into the number one Mod group before reverting back to their former name of The Who. 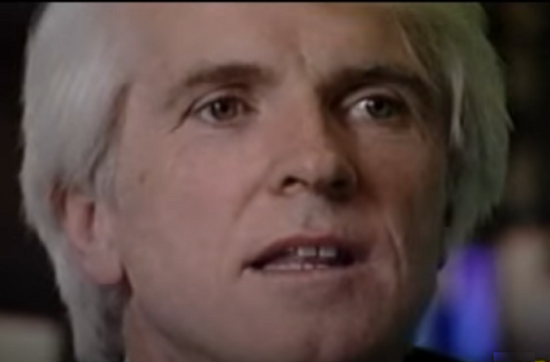 After O’Rahilly failed to get airtime on the BBC and Radio Luxembourg for a Georgie Fame record he’d put out on his own label, he decided the only way he could get his records played would be to start his own radio station. With funding from various sources he launched pirate radio station Radio Caroline from MV Caroline moored in international waters off the Essex coast. This was later joined by a second ship, the Mi Amigo. Along with Radio London, Radio Caroline became the young person’s preferred voice of the airwaves during the 1960s, eventually being forced to close down when the Marine Broadcasting Act came into force in 1967 putting paid to pirate radio in Britain.

Following a suggestion from managers Chris Stamp and Kit Lambert, The Who celebrated pirate radio with their 1967 album The Who Sell Out which included several radio jingles and spoof advertisements.

Ronan O’Rahilly later moved into film production and was executive producer on the Marianne Faithfull film The Girl On the Motorcycle and was involved in the Two Virgins album for John Lennon and Yoko Ono. Then for a short while he managed Australian model-turned-actor George Lazenby who starred as James Bond in On Her Majesty’s Secret Service.

In 2013 Ronan O’Rahilly retired back home to his beloved Ireland where he died on 20 April 2020 of vascular dementia.

Dailymail : The man who made the boat rock
Broadcasting unlicensed, uncensored pop and rock long into the night, Caroline secured an audience of 25 million, broke the BBC’s monopoly, changed the face of broadcasting — and spawned a slew of aggressively competitive copycat stations.
Within months of its launch the station had more listeners than the three BBC radio networks combined — partly thanks to a merger with Radio Atlanta, which added a second ship, the MV Mi Amigo, broadcasting as Radio Caroline South, from near Frinton-on-Sea, Essex.

Thanks to O’Rahilly, millions can remember a teenage rite of passage —listening to transistor radios hidden under pillows into the early hours.

Ronan O’Rahilly was mysterious, stylish, private and fearless and his staff worshipped the ground he walked on.