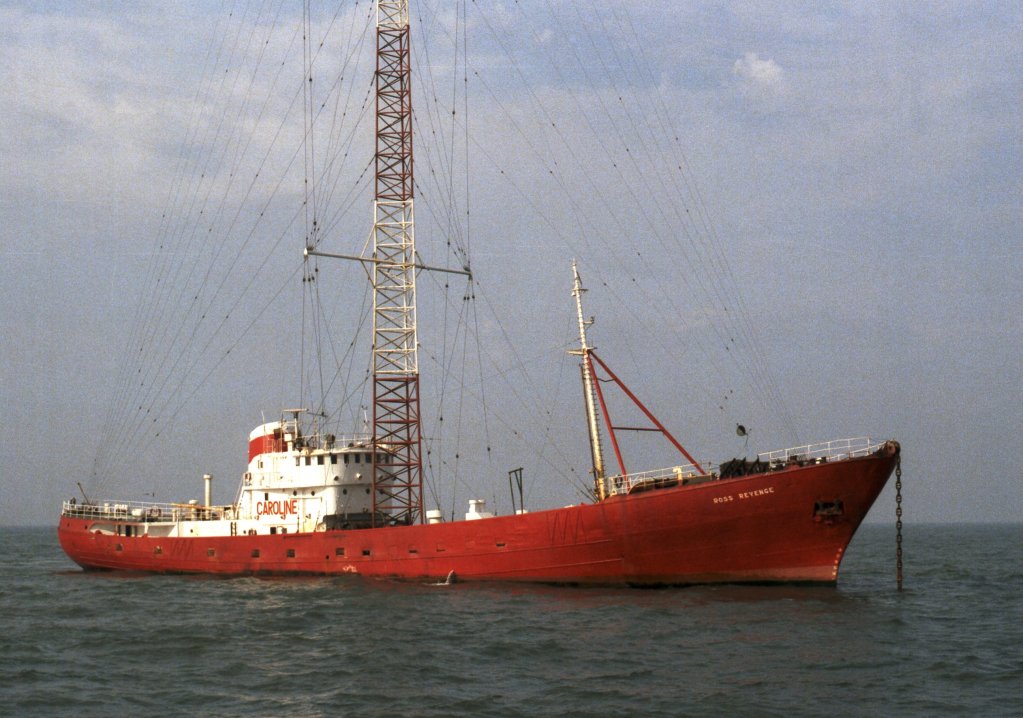 Radio Caroline: the legend lives on

All over the world, Radio Caroline is seen as the legendary incarnation of Freedom.

Welcome on board and discover why.

It all started in March 1964 on board the MV Fredericia, the very first Caroline radio ship, with a simple idea. Radio Caroline’s founder, Ronan O’Rahilly, decided to use the high seas, free of government control, to set up a radio station.  After just a few weeks, Radio Caroline attracted millions of listeners in the UK but also in Europe with two radio ships creating the very first free radio network. It was the beginning of a legend.

Source
But Freedom was not the governments’ favorite thing and in August 1967, the British Marine Offences Act made all free radio stations at sea stop broadcasting. All stopped, except one, Radio Caroline:

“And as we enter this new phase in our broadcasting history you naturally have our assurance that we intend to stay on the air because we belong to you and we love you. Caroline continues”. August 14, 1967, 12 Midnight. DJ Johnny Walker

That’s how Radio Caroline became ‘illegal’ as the authorities claimed… but is freedom illegal?

Sadly, financial difficulties forced the station into silence and both radio ships, the MV Fredericia and MV Mi Amigo, were towed into port in the Netherlands.

The authorities were happy, Radio Caroline was finished but… not for long, as one of the two radio ships, the MV Mi Amigo, went back to sea and resumed broadcasting from international waters in 1972. Radio Caroline was back, the legend lives on!

Despite the constant aggressions from the European governments and the North Sea, the free voice of Radio Caroline continued to radiate from her ship with “Love, Peace and Good Music”. Radio Caroline’s founder Ronan O’Rahilly helped by many people in England and on the continent worked to keep Caroline’s signal proudly loud and clear, facing huge problems but still believing in freedom of speech.

Until March 1980, when the crew left the sinking ship during to a violent storm:

The ship finally sank in the early hours of March 20, leaving only the mast visible above the surface of the water.

This time, the authorities were extremely pleased: Radio Caroline was definitely over. Even if the job was done by the sea, the free voice from the North Sea was finally silenced.

With the beginning of the eighties, the action moved onto land where the idea of free broadcasting introduced by Radio Caroline became real. Caroline founder’s Ronan O’Rahilly thought his station had gained the right to stay on the air after so many times fighting for freedom.

In August 1983, the third Caroline radio ship, the MV Ross Revenge, resumed free transmissions from the North Sea with the very last DJ heard on the station three years earlier, introducing “Imagine” from John Lennon as the very first record:

“Good afternoon Ladies and Gentlemen and welcome to Radio Caroline on 319 metres, 963 kHz. I’m Tom and for the next hour or so I’d like to take you on a couple of musical journeys through the past decades”.  DJ Tom Anderson August 20, 1983.

Radio Caroline was back, the legend lives on!

“The beauty of Caroline is it’s totally a relationship between the station and the audience”.

As always, the station continued to innovate: for example, they used the very first audio processing system in the UK and introduced new bands like Dire Straits and Simply Red.
But the authorities did not approve and hostile aggression quickly started again with a total blockade in 1985 and prosecutions against DJs and helpers. Freedom was a difficult choice but the best one, so the station continued broadcasting from its ship, free at sea with millions of listeners.

As one of its values, humanity was not just a word for Caroline and the station was part of world charity actions like Sport Aid when the DJs ran live around the ship calling for support to Bob Geldof’s action against African famine in May 1986.

The North Sea was hostile too and in 1987, the giant radio mast felt down at sea during a very bad storm. Radio Caroline’ s frequency stayed empty just a couple of days and transmissions were back but this time at low power. Engineers, crew and helpers put Radio Caroline on higher power in 1988 and Radio Caroline celebrated its 25th birthday during Easter 1989 with a listener all-time Top 1000.
25 years of free music for Europe, it was too much for the authorities. As a result, they illegally boarded on the radio ship in August 1989 with armed officials and dismantled the radio and marine equipment of the Radio Caroline ship. Things were live and direct on the air.

“This is Radio Caroline, the radio ship Ross Revenge, anchored in the international waters of the North Sea. This is a Panamanian vessel being boarded illegally on behalf of the Dutch and British governments. There’s a Dutch tug alongside, and they’re already onboard the ship. They have already used violence against certain crew members here on board the Ross Revenge”. DJ Chris Kennedy and Nigel Harris. August 20, 1989.

The very last record played on the station before the boarders switched transmitters off was “Love you to know” from The Loving Awareness Band:

I will love you to know what it’s all about

The effects that it has upon me

There is something within you without a doubt

Do you know what it’s like to be free?

If you knew would you cease to deceive

If you see will you believe?

Definitely it was far too much for the authorities and a new law gave the British government rights to take any action they wanted with total immunity to board any ship, even if in international waters, without respecting its flag. At the same time, they put pressure on helpers and staff and forced the crew to voluntary cease transmissions. The station finally left the air with its final broadcast November 5, 1990 with DJ Neil Gates.

The new British law came into force on January 1st 1991. Radio Caroline’s ship remained at sea but silent, to try and prepare for a return under new conditions, “to get around that new British law”, said Ronan O’Rahilly.

But some people began to seek a unilateral solution for a legal, land based Radio Caroline behind his back – forfeiting a free future. Neither Ronan O’Rahilly nor Radio Caroline’s supporters were informed of this treason.

The ship ran aground in late 1991, and had to be brought back to an English port, this time under the full control of the British authorities. After losing their station, this was the supreme humiliation for Radio Caroline’s listeners.

The same people who sought a legal Radio Caroline, took control of the former Radio Caroline ship and claimed it to be “their ship” but of course, they had no legal rights on the ship, even if this ship wasn’t Radio Caroline’s ship anymore.

They finally introduced themselves as “the Real Radio Caroline” which is a mockery. As they had proven they were now good guys, the British authorities thanked them in 2017 with a legal licence under the name of Radio Caroline.

Radio Caroline with its long and constant legendary fight for freedom has gained what it deserved, its right to be where it belongs, to go back at sea and to broadcast free transmissions with a free message.

This world needs a free voice. It’s time for a new and free Radio Caroline.

The legend lives on…