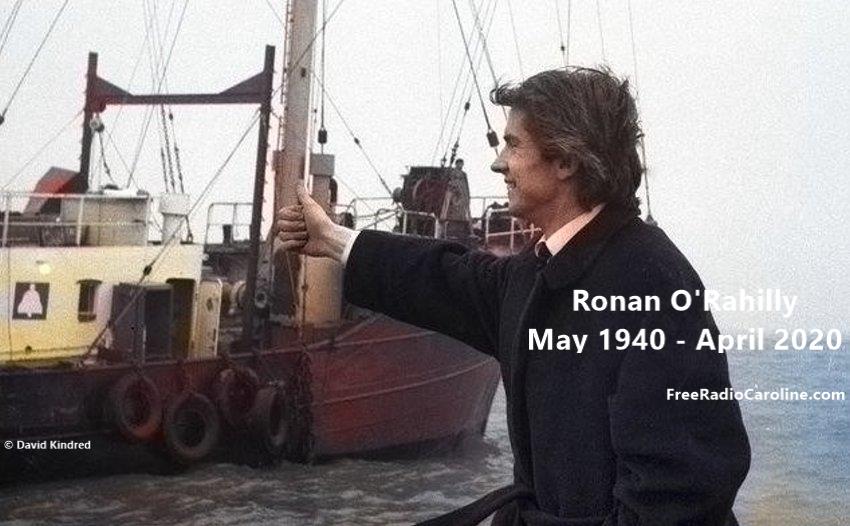 This is heartbreaking news: Free Radio Caroline is deeply saddened to inform the Caroline Family that Radio Caroline Founder Ronan O’Rahilly passed away in his sleep April 20, 2020.

As many of you know, he has been suffering from vascular dementia for some years now.

We are relieved that his passing was peaceful and painless.

His entire live was about fighting.

Fighting against this terrible disease during his very last years. But of course, fighting for freedom of speech, fighting for his beloved free Radio Caroline at sea during so many years, against all sort of forces, but he never gave up.

No one has achieved so much for freedom of speech in radio and music as Ronan O’Rahilly, imposing to all what is today a common thing, people can listen to what they want, not that which the authorities have decided for them.

As it’s a shame that some people were disrespectful to him in later years, trying to speak on behalf of him, or using him name or the name “Radio Caroline” without his acknowledgement. He never authorised a legal “Radio Caroline” on land or online.

Ronan will stay in the circles of our mind, from a point at sea, forever.

“Ronan O’Rahilly changed the world every time we listen to music, turn on a radio, turn on the TV or watch a movie – for he was the first to stand up to suffocating control in all these areas and made the consumer king” . The Skibbereen Eagle